When you inherit a house, you don’t automatically inherit the home insurance policy 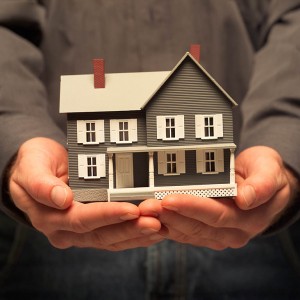 After experiencing the trauma of losing a loved one, it might not occur to you that the home you inherited from him or her will need an updated insurance policy to prevent a lapse in coverage.

If your name wasn’t on the original homeowners policy, continuing to pay the bill won’t automatically extend the coverage. Be sure to tell the insurance company to list you as the new “named insured” to make sure that any claims you may file will be covered. Here’s an example of a notice to a deceased’s home insurance company.

Typically, the original home insurance policy will continue for a defined period after the homeowner’s death, giving you time to find a new policy. Read the policy carefully or contact the insurance company directly to be sure of your deadline. Usually, coverage will remain in effect for the remainder of the policy period, says Craig Simon, an Irvine, Calif., attorney who represents insurers.

Marc Weismann, an attorney who handles insurance issues in San Francisco, cautions that it’s a big mistake to make any assumptions about how the home insurer will honor claims by heirs after a homeowner has died. Although the company may keep the current policy in place until it reaches its expiration date, you should get that commitment in writing, he advises.

Here’s a helpful list of what to do after a death occurs from The Frugal Life.

Take nothing for granted
Ann-Margaret Carrozza, an estate planning attorney based in Bayside, N.Y., says the insurance company is likely to hold you to the letter of the language in the existing policy. If it contains any incorrect information regarding a change in property use or ownership, a claim is likely to be denied, she adds.

“Speak to the insurance company right away and document that conversation,” Carrozza advises. “Send them a letter notifying them of the death and asking if the existing coverage can remain intact. The written reply to that should be kept in a safe place.”

Jim Whittle, assistant general counsel and chief claims counsel for the American Insurance Association trade group, says some state laws dictate how long home insurance policies must remain in effect after the original policyholder dies. When in doubt, check with your insurer.

Don’t procrastinate
No one can predict the future. If you plan to sell your inherited home, don’t try to get by without a valid home policy until the property changes hands. Homeowners who delay updating their policies will be sorry if they suffer an unforeseen insurance loss during a lapse in coverage, warns Mark Goldman, a real estate instructor at San Diego State University.

“If the insurance company is no longer under an obligation to pay for the loss, it probably won’t,” Goldman says. “Insurance companies are very specific to only pay the named insured.”

If you are residing in the home you inherit at the time of the original owner’s death, you may be able to continue under the existing policy. But that must be verified with the insurance company, says Ron Moore, senior product manager for MetLife Auto & Home.

Planning ahead to protect your heirs
You typically can continue insurance coverage for heirs who are part of your immediate family by adding them as named insureds to your policy before you die, says Simon. Carriers generally will work with you because “they are interested in retaining the business,” he explains. “They don’t want to lose the property during these life-changing events.”

If the inherited house remains vacant more than 30 days, you may need to buy extra coverage, however, says Peter Moraga, a spokesperson for the Insurance Information Network of California. That’s because most standard home insurance policies won’t cover damage if the cause can be attributed to the fact that the home was left empty for an extended period.

Vacant homes pose an increased risk to insurers because often there is no one around to report small problems that may grow worse over time, Whittle explains. For example, a small water leak can cause severe property damage if it goes unnoticed for several days. Also, an empty house or condo may attract thieves and vandals. Some insurance companies decline to insure vacant homes unless they know someone is checking on their condition.

Have your home inspected
Moore says it’s a good idea to have your inherited home inspected to make sure it is structurally sound. That way you’ll be aware of any repairs that are needed and you can make sure your new policy is adequate to protect the structure and its contents.
Don’t forget to shop around before you buy a new policy, says Moraga.

The previous owner “may not have gotten the best policy,” he says. “You may be able to get a better one. You will want to do an analysis of the coverage. Maybe the policy has not been updated in 10 or 20 years. The [coverage] limit may not be enough to replace it, if it is destroyed.”