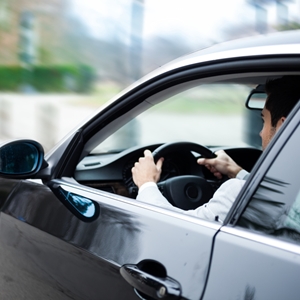 Upkeep is imperative to help ensure your ride keeps on trucking. A new poll has been revealed that emphasizes why it’s so important to follow a maintenance schedule.

According to vehicle repair resource CarMD, the average vehicle repair in the U.S. sets motorists back about $368. With costs roughly 10% higher, this is the first time in six years that repair costs have increased this significantly.

The report also detailed what automotive failure car owners often experienced. As in previous years, the most frequent problem related to a faulty oxygen sensor, which experts say severely impacts a car’s mileage, impeding fuel efficiency by as much as 40%.

Leon Chen, CEO at CarMD, noted that the marked rise in repair costs is due to a variety of factors, including market correction, inflation, as well as more expensive and comprehensive repair work done on a vehicle population that’s aged.

Something else that may be contributing to motorists’ higher repair costs is not replacing car parts after so many miles. For example, according to vehicle glass repair and replacement services company Safelite Autoglass, more than two-thirds of today’s drivers only replace their windshield wipers once per year. As a general rule, wiper blades should not be replaced based on years but rather how far cars travel. After 6,000 miles, it’s time to switch them out for new ones.

Tom Feeney, president and CEO of Safelite, noted that auto insurance claims are often filed after people get into accidents resulting from their inability to see the road clearly. Many of the most important driving decisions are based on a clear, unobstructed view.”

Other tasks to perform based on the number of miles driven include rotating the tires. After traveling between 5,000 and 10,000 miles, it’s time to have tires replaced so that the car can stay in proper alignment.

Toole Guard: The Tax Value of a Wellness Program