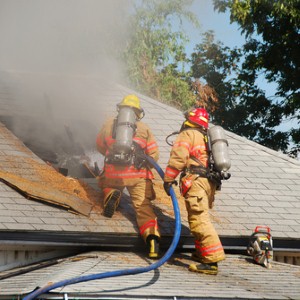 While most home fires happen by accident, a considerable number of them occur after being intentionally set, as noted recently in a report released by the U.S. Fire Administration.

According to a joint release issued by USFA and the Federal Emergency Management Agency, approximately 16,800 fires are started on purpose among residential buildings in the U.S. per year. An estimated 280 deaths, 775 injuries and nearly $600 million in property insurance losses occur as a result.

The report also detailed how these deliberate fires tend to be set. Based on 2008-10 data from the National Fire Incident Reporting System, nearly one in every four are started with cigarette lighters, with another 19% from something that has already been lit. Matches are a leading cause for these types of fires as well.

Fire officials say one of the best ways homeowners can protect themselves from arson is by starting a neighborhood watch program. During Arson Awareness Week – which takes place May 6 – 12 – safety advocates use this time period as a way to further spread the word about how to prevent acts of arson.