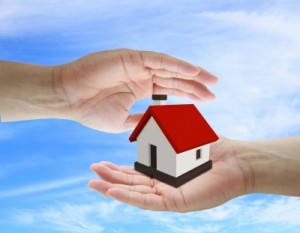 If there is one thing that anyone who owns a homeowners insurance policy would like to avoid at all costs – it’s having their policy voided by the company. There are a few common reasons why many homeowners’ insurance policies are avoided, most of which are easy to avoid with a little common sense and forward planning.

The top reasons why homeowners’ insurance policies are often voided include:

Lack of Receipts for Claimed Items
Many homeowners’ insurance policies are also going to cover items within the home. If your property is damaged, it is important that you have receipts for the items that you are looking to claim. For insurance purposes, as well as accounting purposes, you should save receipts for medium to large purchases that you may someday want to claim in order to avoid having your policy voided.

Illegitimate Flood or Fire
When a house is flooded or suffers fire damage, experts are called in to evaluate the cause of the fire and flood. Often times these will be attributed to faulty wiring or plumbing, which is covered under most homeowners’ insurance plans. However, if the experts called in to analyze the situation are unable to determine the cause of the fire or flood, or believe that the cause is nefarious, the insurance company may feel compelled to void the policy.

Changes in Property
Another reason why many homeowners’ insurance claims are often voided includes undocumented changes to the property. If you added several extra rooms to your home and did not inform the insurance company, then attempt to file a claim for those rooms being damaged, the insurance company may choose to avoid your claim on the basis of not being informed of changes in the property that they are insuring.

There are many reasons why an insurance company may decide to avoid a claim. As a general rule of thumb, you should save receipts, document and inform them of changes in the property that they are covering, and also document any damage that your property incurs over the lifetime of the policy.

$1M Reward for Missing Mondrian Among Richest Ever