Three of the most common water damage issues in the home 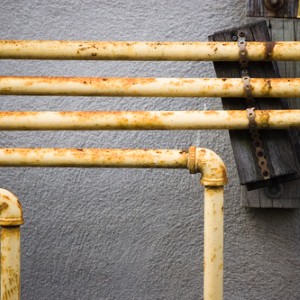 Whether due to lack of attention or a freak accident, all homeowners at one point or another experience some type of water issue in their homes. And in virtually all of these cases, the problems present themselves in subtle ways. The key is to be on the lookout for them so that they don’t become a matter that requires a significant amount of time, money and effort to fix.

With this in mind, the Insurance Institute for Business and Home Safety recently chronicled the five leading causes of water damage based on property insurance claims. In addition, they outline the potential indicators of a problem and tips on how homeowners can solve them.

1. Toilet clogging or overflowing. IBHS notes that one of the most common problems results in the bathroom, namely at the toilet bowl. The average cost of toilet failures is often in excess of $5,500, not including the deductible.

Signs that there is a problem are obvious when it comes to toilets, as they’re generally typified by water overflowing over the seat or not being able to flush water because something is blocking the drainage system. If this issue isn’t solved in a timely fashion, it can cause serious damage.

Homeowners can help prevent these issues from materializing by inspecting the toilet’s components two to three times per year. Some of the main things to look at are the toilet’s fill, supply, and flush valves. If they appear worn or damaged, a home improvement store should have the parts and pieces needed to replace them.

2. General plumbing problems. Another issue homeowners face is with their home’s plumbing system overall. IBHS says the average cost to repair these situations is often more than $5,000, not taking into account the deductible.

Similar to toilet bowl complications, plumbing situations present symptoms of a problem. IBHS says homeowners should look for rust stains around pipes, damp or wet soil outside the home around the foundation, or hearing random, abrasive noises coming from the pipes.

While the cause can vary, they often result in the wintertime after pipes have frozen. Homeowners should let one of the home’s faucets drip throughout the day or at night if the temperatures are expected to dip well below the freezing point. This keeps water running through the pipes, preventing them from freezing.

One major issue that occurs is when the machine’s hoses explodes. Depending on the size of the hole, it can result in major water damage, as a tremendous amount of water pumps through these hoses. These complexities can occur due to overuse or because the washing machine itself is overtaxed.

Though it may be easier to throw lots of clothes in each load, it’s far better to perform smaller loads, IBHS advises. This not only helps the clothes get cleaner but reduces water valve and hose setbacks.

“Water damage in a kitchen or bathroom can lead to expensive repairs,” said Julie Rochman, president and CEO of IBHS. “Inspecting plumbing and making any necessary repairs before small leaks become big ones will help avoid costly plumbing system failures.”

For other leading water issues and how the IBHS proposes that people can solve them, click here.