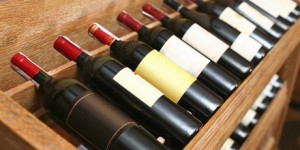 Like the fine wine he promised to multi-millionaire investors, Simon Mickleson displayed a complex character.

His clients didn’t know the self-proclaimed wine expert with money and contacts was a serial conman who faked vintage wines by doctoring bottle labels, stole credit cards, took cash for wine he did not have, and sold historic chateau cases he didn’t own for thousands of dollars.

Yesterday he was convicted of 16 counts of fraud after being charged with a $1.3 million scam that took in New Zealand’s top auction house, a leading surgeon, senior law firm partners, and the lawyer to the Todd Property Group – owned by New Zealand’s richest family.

“Simon had this idea that being perceived as rich and wealthy made you a better person. He was the worst kind of try-hard, really,” says Neil Campbell, managing director of Auckland auction house Webb’s, who was one of Mickleson’s main victims.

Mickleson appeared in the Auckland District Court to plead guilty to 16 representative charges. He will be sentenced on June 14.

He ran his own company, Fine Wines International, acting as a consultant to the rich and famous.

Victims described him as a “plausible and well-connected” person in the lucrative wine industry, offering rare and expensive wine for up to $1000 a bottle.

The 43-year-old’s wide-ranging scams, which started in 2007, included selling wine he didn’t own, making unauthorised purchases on credit cards owned by clients, and making fake wine labels to transform ordinary wines into vintages worth thousands.

In one audacious case, he changed labels from a case of 2001 Chateau Lafite Bordeaux to pass the bottles off as the sought-after 1981 vintage.

He tried to sell 24 of the altered bottles for $98,000, but the buyers pulled out after spotting the switch.

Court documents show that Auckland surgeon Jim Shaw paid Mickleson $400,000 for a consignment of wines in 2007.

After the swindler failed to produce the wines, he repaid Mr Shaw by taking money from other clients and failing to deliver their wine.

He then had to steal more money from other clients to try to clear those debts.

Mr Shaw was finally paid back, as was Havelock North wine merchant John Macpherson, who paid $36,000 for wine that never arrived.

Mr Macpherson, of wine dealer Advintage, said: “He appeared to be a very plausible and well-connected character. But he just ripped everybody off.”

“One day, he came to work in a new car and told us his grandmother had died and left him $3 million.

“But it turned out his grandmother wasn’t dead, and he wasn’t left any money, but he’d gone out and got a new car on hire purchase.

“He was always seeking acknowledgement of prestige and wealth, which was delusional.”

Webb’s is trying to work out how much Mickleson has cost them, and Mr Campbell is keen to know what Mickleson has done with his gains.

“It was a $1.3 million fraud so the million dollar question is, where did all the money go?

“It’s despicable what he has done. He has harmed a lot of people, including his own family …”

Last night, Mickleson claimed there was more to his offending than the court had heard, although he refused to go into details.

Speaking from his home in Epsom, he said: “There is far more to this than meets the eye. It’s a lot bigger than little old me.

“There are some companies who have behaved appallingly. It doesn’t detract from the fact that I have done certain things, but there is far more to this.”

Re-posted from The New Zealand Herald.