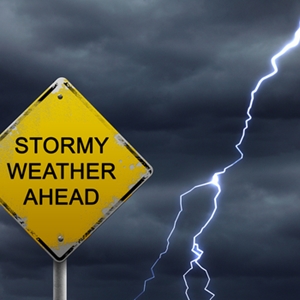 While thunder and lightning storms occur throughout the year, they typically take place in the summertime. And while these spectacular displays of Mother Nature can be enjoyable to look at, they have been known to cause injury or damage to a person’s residence or place of business.

With this being Lightning Safety Week, the following tips from the National Weather Service can help families and entrepreneurs avoid risk when the atmosphere is unsettled.

Perhaps the most important thing to remember during a thunderstorm is to avoid behaviors that can lead to an accident. For example, the worst place to be during a storm is outside. Thus, as the age-old phrase states, “When the thunder roars, go indoors.”

Once inside there are a number of belongings within the household that can become electrified should a lightning strike actually hit the residence. That’s why it’s important to not touch anything that is plugged into the wall or that can conduct electricity, NWS notes, such as corded phones or plumbing.

Something else to consider is installing a lightning rod on home or business. Traditionally mounted at the highest peak of a residence, the metallic objects are build to protect a home or building when lightning strikes by diverting the energy toward the ground rather than the structure itself.