Only 19% of treasure assets owned by wealthy individuals globally are held for financial motivations, according to new Barclays report 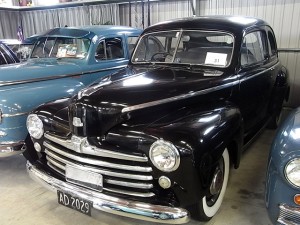 Only 19% of treasure assets – which include items such as precious jewellery, fine art, antique furniture, classic automobiles and precious metals – are held for financial motivations , according to the latest report in the Wealth Insights series from Barclays. However, Middle East respondents report that 41% of their treasure assets held for financial motivations, ranking them highly compared with the US, Europe and Asia at 9%, 11% and 34% respectively.

Despite the increased public interest in collectibles and record prices being set at auction, the report finds that investors are far more likely to buy treasure assets for emotional, rather than financial reasons. A third of the 2,000 wealthy respondents surveyed globally confirmed that they were holding more treasure types today than five years ago.

Launched today (11 June 2012), the report, Profit or Pleasure? Exploring the Motivations Behind Treasure Trends, provides an in-depth study of investment trends across the world in these ‘treasure assets’ as well as offering insight into the financial and emotional motivations for wealthy individuals holding these particular assets. The report looks at the value these high net worth collectors place on their possessions, as well as considering questions of social utility around accumulating treasure.

Rory Gilbert, Managing Director and Head of Wealth and Investment Management, Barclays, Middle East and North Africa, said: “This report highlights that there will always be both an emotional and a financial motivation in making a decision to buy a treasure asset and one motivation always takes precedence. Given the difficulties associated with maintaining, securing and liquidating treasure assets, our study suggests that emotional motivations will always pay the greater return. Treasure may, if you’re lucky or very knowledgeable, give you a financial return, but buy something you like and it will always give you the emotional return of enjoyment.”

Amongst global respondents, age is an important differentiator. Fine art and antiques tend to be more popular amongst older individuals, while the younger generation prefers cars, precious metals and jewellery. In general, younger individuals also tend to hold a higher proportion of their total wealth in treasure assets, which experts have attributed in part to young people’s willingness to adopt higher-risk investment strategies.

Dr Greg B Davies, Head of Behavioural Finance at Barclays comments: “Whilst the type of treasure assets people choose to invest in varies slightly from country to country, the growth in the popularity of treasure is consistent with a general move towards simplicity, familiarity and tangibility in investing. Investing in assets as a like-for-like alternative to traditional asset classes should, however, be done with extreme caution as there are many attendant risks which range from the costs of insurance and upkeep of treasure to the subjective nature of these markets.”

Social and heritage reasons are also important for choosing to own treasure assets, with the global wealthy reporting wanting to protect over one third (37%) of their treasure assets for future generations to enjoy, and holding more than a quarter (26%) because they enjoy sharing these treasure assets with friends.

“The report uncovers that investing in treasure can often be more about enjoyment than financial returns” Dr Greg B Davies continues. “What’s interesting is that financial and emotional motivations seem to work independently of each other. It was found that the more that collectors say they acquire treasure for financial reasons, the less enjoyment they tend to derive from it.”

This is particularly true in the case of precious jewellery; Qatari HNWIs report a need for a 100% price increase in the year after purchase before they are willing to consider a sale, with this figure at 73% and 51% for Saudi Arabia and UAE respondents respectively.

The endowment effect, whereby people expect a higher price for an item when selling it than they would be willing to pay for it, is prevalent amongst wealthy collectors. As Dr Greg B Davies explains: “Once people own something, they start to ascribe value to that object, simply through having owned it. This means that they are not willing to sell it at the same price for which they would buy it.”

Additionally, some types of treasure asset are more likely to be considered priceless than others – that is, they would not part with it at any price. Just under half of respondents (44%) who own precious jewellery, fine art sculptures and antique furniture consider their treasure to be priceless, the report found.

Significantly, the report reveals that one in ten treasure assets are held so that no one else can have them. This highlights complex questions about the social utility of holding precious items, which may be of cultural value, or important to society.

Although 61% of respondents say they would be prepared to loan some of their possessions to a museum or exhibition if asked, fewer (41%) feel that there is a duty to share valuable possessions for the good of society.

Dr Greg B Davies concludes: “Investing in art can be highly positive on a broader social level if the collector is willing to act as a custodian to the item and share it as a cultural treasure with a much wider audience. There is a school of thought however, that argues that investors can create greater social benefits if they invest directly in productive businesses or new ventures. Many will feel that this rings true in the current environment, prompting both a relevant and emotive debate.”