Insurance spending: how to get a handle on it 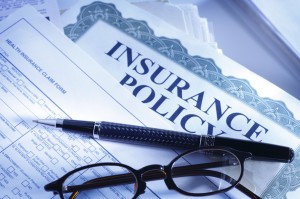 It’s said that only death and taxes are inevitable. You might want to add insurance to that short list, especially since the new healthcare law will require all of us to be covered

Are you paying more for insurance, less or about the same? According to Bankrate’s Financial Security Index, more than a third of consumers in the U.S. saw their overall insurance spending increase last year — mostly due to rising premiums. In its survey, Bankrate asked people about their household insurance budgets. Relatively few spent less on insurance, suggesting – according to experts — consumers may be missing out on insurance savings.

The survey says…
The survey results show that 37 percent spent more overall for all kinds of insurance, including homeowners, renters, auto, life and health coverage, while 52 percent spent about the same; just seven percent saw their insurance bill decrease.

Of those whose overall insurance tab rose, 62 percent attributed the increase to a rise in premium costs. Other reasons included: the addition of coverage for a new home, vehicle, boat or RV (12 percent); changes in coverage due to family circumstances, such as marriage or addition to the family (nine percent); and a decision by the consumer to boost coverage on an existing policy (four percent).

Why you may be paying more
Michael Barry, spokesman for the Insurance Information Institute, an industry trade group, says an unusual streak of natural disasters in 2011 almost certainly contributed to a rise in homeowners insurance rates for many during 2012.

“We had Hurricane Irene, the Joplin tornado that was the single biggest insurance event in Missouri history, and widespread winter storms, tornadoes and flooding in interior states like Minnesota,” he notes. “While homeowners rates don’t move significantly in just one year, when you look at how some of the costliest natural disasters in U.S. history have all occurred in the last decade, this is not a surprise.”

Consumer Federation of America’s director of insurance J. Robert Hunter has a different prime suspect for the cost increase.

“It’s probably health insurance,” he says. “That’s one that people recognize because a lot of times it comes through their employer, so they have an opportunity to look at various options and think about that policy a little more.”

In Hunter’s view, the percentage of survey respondents who actually faced higher insurance bills last year was probably higher than the survey shows.

“I’d guess more than half probably had premium increases and just don’t realize it,” he says. “Consumers are buying insurance in six-month pieces instead of annually, and insurance companies have taken advantage of that. Instead of raising rates 10 percent every two years, they raise them 2.5 percent every six months, and people don’t notice that.”

Some consumers aren’t so sure why they’re paying more. Pam of Anderson, SC, says she purchased a term life insurance policy for her husband approximately four years ago after he retired. “New York Life through AARP was happy to draft my checking account for the monthly premiums”, she writes in a ConsumerAffairs post. “This month the premium increased with no notification from New York Life – AAPR. When I called to question the increase, NYL would not talk with me because the policy is on my husband. I only wanted to know why the premium increased, no other information. They draft from my account, therefore, I feel I have the right to ask why the draft amount increased!”

Ken of Pasadena, TX, has an auto insurance policy with Allstate. “I just received my premium statement,” he writes in a ConsumerAffairs post. “Last year it went up 5%. This is to be expected, all prices increase in this economy. This year, my premiums went up 20%! I have been calling my agent and he is unable to find a cause for this jump. There was no warning this was about to happen, there is no explanation of why. This is unprofessional. I will be moving my account to another insurance carrier.”

Inertia could cost you
Hunter says insurance companies know we dislike shopping for insurance, don’t understand our policies, and so are prone to park ourselves with one carrier.

“There’s a huge inertia in insurance,” he says. “People are afraid if they move from a company after 20 years and then have an accident, the company might cancel them, so they pay the occasional $50 (increase) and stay put.”

Now that insurers have the technology to identify those inert clients through online buying and other behaviors, chances are if you appear willing to spend a little more, you probably will, Hunter says.

Reining in costs
“Shopping is the key,” says Hunter. “When I was insurance commissioner in Texas, we got 25 regular people to bring in their auto policies and 25 their home insurance policies, gave them our buyers guide and a telephone. In one hour, the average person saved $125 per car and $85 on home insurance. We called it the $100 hour.”

Barry, of the Insurance Information Institute, offers these tips to save on insurance without unduly sacrificing on coverage: