Behind the foreclosure crisis, big banks’ reign of error 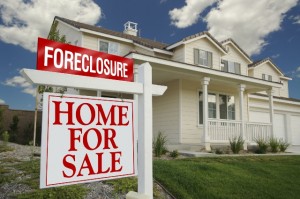 Last fall, my wife and I refinanced our mortgage with Citibank. Sixty days later, we received a “cancellation notice” from our homeowners insurance company “for non-payment of premium.”

Turns out Citibank, which had been collecting hundreds of dollars a month from us to pay the insurer, hadn’t made the payments. It was, I later learned, one of the usual tricks mortgage servicers use to squeeze more cash out of their customers. About a month later, I learned of another trick: Citibank informed us that it was increasing our monthly payment by nearly $300.

Along the way, a simple refi became a months-long odyssey: rates misquoted, interest charged on a phantom account, legal documents issued in wrong names, a mortgage officer who disappeared for days at a time (first it was his birthday, then his laptop was in the shop), a bounced check from Citibank’s own title company, and the freezing of our bank accounts.

For me, this amounts to no more than the hassle of arguing with Citibank to fix its “mistakes.” But consumer advocates tell me these are typical of the screw-ups by the big banks that service home mortgages. And these errors – accidental or otherwise – are driving large numbers of people into default and foreclosure when it otherwise would not have happened.

It’s a bad situation – and the new majority in the House is poised to make it even worse.

Republicans are aiming to repeal the Home Affordable Modification Program, the Obama administration’s main response to the foreclosure crisis. The program, by all accounts, has been disappointing, helping only about 600,000 homeowners of the 3 million to 4 million projected. But its failure, watchdog groups say, was caused by the mortgage servicers’ ineptitude – lost paperwork, bad accounting and the like – and lack of concern about whether the mortgages they service (but don’t own) go into default. Rather than crack down on the banks, the House Republicans would kill the one program that, at least in theory, gives borrowers some chance of avoiding foreclosure.

“If you take that away, you’ve got nothing,” says Julia Gordon, senior policy counsel at the Center for Responsible Lending. “The servicers can just do whatever they want.”

That’s the last thing the struggling housing market needs. Because banks quickly resell mortgages, they don’t much care how the loans perform; their job is to extract the maximum in fees.

This is how we wound up with the robo-signing scandal, in which servicers erroneously forced homeowners into foreclosure. This, too, is why there has been an epidemic of misapplied payments, bogus fees and mismanagement of escrow accounts for tax and insurance. If a borrower’s homeowners insurance lapses, the servicer can “force-place” the borrower with a more expensive insurer, sometimes receiving kickbacks.

The nascent Consumer Financial Protection Bureau, created by the Dodd-Frank legislation, could rein in these abuses – which explains why the banks, in concert with House Republicans, have been working to strip funding and responsibility from the new agency. This, combined with the repeal of Obama’s foreclosure program, would leave the mortgage servicers supervised only nominally by the anemic Office of the Comptroller of the Currency.

My wife and I are reasonably savvy consumers – she has a brand-name MBA, and I began my career as a business reporter for the Wall Street Journal – but we were no match for a bungling bank. After five months of trying, we still haven’t been able to resolve all of Citibank’s mistakes – nearly all of them, curiously, in the bank’s favor.

Of all the miscues, the highlight was when we were handed, at closing, a large check that we didn’t want for a new home-equity line of credit. I tried to redeposit it into the home-equity account but was told that the account did not yet exist. I tried to deposit it into my checking account, and the check was returned unpaid – while interest accrued.

That so much can go wrong with such a simple refinance doesn’t bode well for the 5.5 million homeowners in default (on top of the 3 million already foreclosed). It’s impossible to know for sure, but by some estimates, half of them are victims of some form of servicers’ errors.

“What happened to you,” Ira Rheingold of the National Association of Consumer Advocates told me, “happens to people every single day.” And it will continue, with its resulting drag on the economy, unless and until the big banks can be brought to heel.

Why you need an annual insurance review