Cyber threats are real… are you protected? 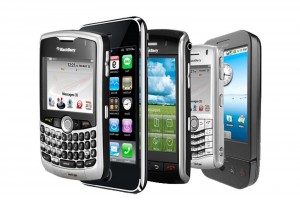 Cyber attacks were a constant ticker across the headline news in 2012, making future breaches to businesses of all sizes, more and more likely to be a reality. Even those with significant resources to prevent a breach–larger financial institutions and arms of the government–have been penetrated.

So why then do so many of us feel it will not happen to our business?

Can we hide from the attacks?

How are we vulnerable?
Smart Phones & Tablets

Attacks continue on random individuals but there has also been an increase in those aimed directly at certain organizations or executives.
CEOs, management, sales, and marketing individuals are increasingly targeted to gain access to business information via their personal devices.
Do your procedures stipulate tight controls on password protection of all devices?

Malware used to eavesdrop on incoming text messages is on the rise. These programs intercept and forward text messages to other numbers or servers in search of valuable data to exploit. At particular risk are mobile transaction authentication numbers which allow access to your financial accounts.

Political activists have begun hacking into data bases to access contacts or media outlets to make political or social points. Similarly, rogue employees (past or present) or anonymous parties could do the same with the intent to negatively impact business operations and/or reputation.

With the ever increasing amount of information that businesses are expected to retain, “cloud” computing has become a popular solution to meet these storage requirements. As hackers break into “clouds”, they no longer are winning the information of one business but rather thousands of people’s private information could be obtained in one hit.

Interested in learning more on how a Cyber Liability policy can help your business survive a cyber attack? If so, contact us for a review on strategies that will help keep your business safe.

For resources on how to implement proper data privacy policies, visit:
www.business.ftc.gov/privacy-and-security
www.staysafeonline.org/stay-safe-online/resources