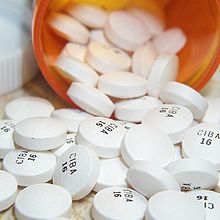 Efforts in Massachusetts and Texas aimed at curbing the misuse of opioids in the worker’ comp system seem to be working, according to a new study examining the longer term use of narcotics in 21 jurisdictions.

The Workers Compensation Research Institute looked at nearly 300,000 claims representing injuries from Oct. 1, 2006, to Sept. 30, 2009, with prescriptions filled up to March 31, 2011. The researchers also looked at how often recommended monitoring of the patients has occurred.

“Few physicians were following recommended treatment guidelines to prevent opioid misuse,” the authors wrote. At the same time, they found indications that some actions addressing the problem are having a positive impact.

To examine longer term use of narcotics, the researchers identified a subset of claims that had narcotics within the first three months after the injury and had three or more visits to fill narcotic prescriptions between the seventh and 12th month after injury. Overall, the study found that nearly one in 12 injured workers who started narcotics still used them three to six months later.

Injured workers in several states, most notably Louisiana and New York, were more likely to receive opioids on a longer term basis than in other states. In Louisiana, one in six injured workers with narcotics were identified as longer term users.

In 10 of the states, the percentage of claims with narcotics identified as having longer term narcotic use increased 1 to 3 percentage points between 2007/2009 and 2009/2011.

The study also uncovered that a dearth of medical providers follow medical treatment guidelines to monitor and manage injured workers using opioids. For example, in the 2009/2011 period, just 18 to 30 percent of injured workers received drug screening tests. The authors noted, however, there was an increase in the use of drug screening during the study period.

The researchers found evidence of success with some attempts to improve the statistics. In Massachusetts, for example, the percentage of injured workers with narcotics who had longer term use decreased by nearly 4 percentage points from 11 to 7 percent. The authors said the “reversal” trend might be explained by recent regulatory changes, including a mandatory physician educational program required for prescribers of controlled substances and the enhancement of the utility of the state’s prescription drug monitoring program.

The authors said the study should help payers target efforts to better manage the use of narcotics to prevent overdose deaths, addiction and diversion of opioids among injured workers.