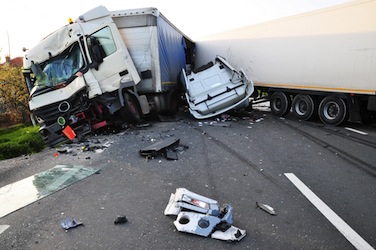 An employee’s mental-health claim is only covered by state workers’ compensation if it is related to a physical injury, the Ohio Supreme Court ruled yesterday.

In a 5-2 decision, the court sided with the Ohio Bureau of Workers’ Compensation, which denied benefits to truck driver Shaun Armstrong, who worked for the John Jurgenson Co. of Cincinnati.

Armstrong filed a BWC claim for benefits for physical injuries and post-traumatic stress disorder related to a 2009 traffic accident on I-70 in Clark County. A driver was killed when he crashed into the rear of Armstrong’s company dump truck. The agency approved the claim for Armstrong’s physical injuries but rejected benefits for his stress disorder, arguing that it was unrelated.

Justice Judith French cited state law that says workers’ compensation benefits will not be paid unless they are directly connected to a physical injury.

Armstrong’s medical expert testified that his condition was directly related to the trauma caused by his involvement in the fatal accident. The trucking company expert denied the linkage; the trial court found the company’s expert “more credible.”

Justice Paul E. Pfeifer wrote a stinging dissent, arguing that Armstrong has paid his “required pound of flesh” and should be compensated. “If an employee is horribly injured in an accident, can he receive compensation only for being depressed over the state of his body but not for psychological injuries due to being haunted by the trauma of the original event?”

Reposted by The Columbus Dispatch.