Warn supervisors: Wage mistakes could mean personal liability–and they would have to pay! 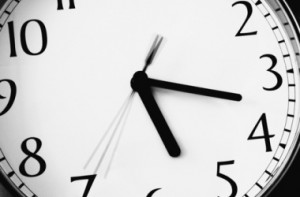 Want to stop supervisors who allow off-the-clock work or look the other way when employees work un­­paid overtime?

Remind them that, unlike some other employment laws, the Fair Labor Stand­­ards Act (FLSA) allows em­­ployees to sue supervisors who violate the law personally—not just the organization itself.

That’s because the FLSA defines “employer” broadly to include “any person acting directly or indirectly in the interest of an employer.”

As a result, the assets of supervisors (and HR professionals) are on the line in wage-related cases. Whether you could be held liable likely depends on your role in making the decision at hand.

Why do employees sue their managers, too? Plaintiffs’ lawyers believe that two pockets are better than one. And they also think this kind of personal touch will influence a supervisor to advocate settling the case.

Recent case: Victor, a maintenance worker at a Florida apartment complex, sued under the FLSA, saying he had worked many hours that were unpaid. In addition to suing the employer, he included his supervisor, Jennifer, in the suit. He added a sexual harassment claim for good measure.

Jennifer tried to have the charges dismissed, arguing she wasn’t Victor’s employer.

But the court disagreed, noting the law’s expansive definition of employer. It said that the economic reality was that Jennifer handled time sheets, disciplined employees, exercised control over Victor’s schedule and generally controlled his work. That made her an employer and personally liable for any overtime and other wage-and-hour violations.

While the sexual harassment allegations were dismissed, Victor will still get a trial on his pay dispute. (Arean v. Central Florida Investments, No. 8:10-CV-2244, MD FL, 2012)

Final tip: Also note that failing to pay minimum wage or overtime may mean a lawsuit that looks back three years. Plus, winning employees can receive twice what they were owed—and their attorneys collect legal fees commensurate with their time and effort.

In a North Carolina case this year, a farm worker sued for unpaid wages going back three years. The court forced the employer to give him the full amount owed, plus it doubled the amount as a penalty and told the employer to pay the employee’s legal fees. (Bautista v. Zuniga, ED NC)

Lawyers are always looking for cases like these because they can be easily expanded into class-action lawsuits, representing all similarly situated employees at your company.

What to do if you are sued personally
1. Contact counsel. Talk to your organization’s legal office and your attorney immediately. Lawsuits include strict time limits in which you must answer. Missing a deadline can mean instant liability.

3. Clarify who will defend you. Find out if your organization will supply and pay for your defense. Most companies will stand behind you if you were acting on their behalf. If you have an employment contract, review it to see if you’ll be indemnified for any damages you are ordered to pay. If you have no written contract, try to secure the organization’s intentions in writing.

Final tip: If the case settles, make sure the settlement covers your personal liability as well as the organization’s. This is another reason to have a separate attorney review the documents.

3 Common Mistakes Your Workers Comp Claims Adjusters May Be Making