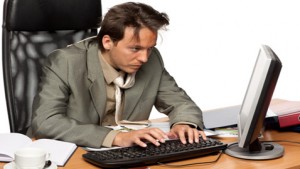 Of the most cited complaints by workers, one that is probably heard the most often is that supervisors don’t pay much heed to employees working unpaid overtime and look the other way when workers put in off-the-clock work.

One way to ensure that the supervisors do not develop amnesia or temporary loses his sight when workers are working beyond their stipulated working hours is to remind them that unlike some other broad-based employment laws, that make the organization and not the individual accountable, the Fair Labor Standards Act (FLSA) allows employees to sue supervisors who violate the law personally.

The reason being, the FLSA defines “employer” to broadly encompass “any person acting directly or indirectly in the interest of an employer.”

The FLSA rule puts the assets of the supervisors and others in the HR department on the line and at risk and presumably will make them more responsive to worker sensibilities. However, whether the supervisor is liable depends on what his role is in the causes that led to the worker seeking succor at the doors of the FLSA.

Even though they have been employed by the workplace and not by the supervisor, why do the aggrieved workers sue their managers and supervisors along with their organizations?

Plaintiff lawyers say that the reasons are twofold, one, it allows the workers to put their hands into two pockets instead of one and two when the individual is targeted, instead of facing the music and risk legal censure and penalties, he will influence the management to settle out of court.

Never be complacent that you know the law. When the government revamps or amends the law, it does in response to various new problems it has been exposed to. However, instead of making it simpler, it complicates it all the more. So it pays to either seek expert advice or acquaint yourself with the law and ensure that you are in compliance with Exempt or Nonexempt. How to make the call and how to avoid FLSA overtime Lawsuits?

Recently a maintenance worker at a Florida apartment complex filed a case under FLSA alleging that he had not been paid for many extra hours that he had put in. Not only did he sue his employer, he also sued his supervisor Jennifer and to spice things further, added a sexual harassment claim as well.

The first proof that including Jennifer’s name was a fruitful move was when she tried to have the charges dismissed, arguing she wasn’t Victor’s employer.

However, the court was not in consonance with Jennifer’s claim saying that according to the law’s all inclusive definition of an employer, she was his ‘employer.’ The fact that she handled time sheets, questioned employees for misdemeanors and generally exercised control over their schedules, as is the wont of every supervisor, made her Victor’s employer and by extension, was personally liable for any overtime and other wage-and-hour violations.

Victor’s sexual harassment allegations could not be substantiated and were dismissed, but he, much to Jennifer’s displeasure and unease, will get a trial on his pay dispute.

It would do well to remember that failing to pay minimum wage or overtime may mean a lawsuit that looks back three years. In addition, if you end up on the losing side, you may have to pay your employees twice what you deprived them of. To add insult to injury you will have to pay legal fees for their attorneys according to the time and effort that they have put in, it’s like expressing gratitude for getting punched on the nose.

Moreover, such cases, that hawk-eyed lawyers keep a keen lookout for, can easily be expanded into class-action lawsuits, representing all similarly situated employees at your company.

Supervisors will be well advised to make note of the following if they are being sued personally under the law.

The moment you are made aware that you have been sued, talk to your organization’s legal office and your attorney and ensure that you respond to the suit within the stipulated deadlines. . Missing a cut-off date can mean instant liability.

Your workplace contract may include individual liability coverage, see if you have one. In case you are levied a financial penalty at least you won’t have to pay from your own pocket. If you do not have it mentioned in your contract but have oral confirmation, take it in writing saying that you are indemnified for any damages you are ordered to pay.

Ensure whether the company will arrange for and pay for your defense. Since you were acting on the company’s behalf it is logical to assume that they will pay for you.

Many a time such cases are settled out of court, make sure that the settlement covers your personal liability as well. Don’t assume that just because it covers the organizations liability, you are automatically included. Don’t depend on the organization attorney alone; seek the counsel of your attorney as well. It is worth investing in the services of one.

Re-posted from The Human Resources Journal.