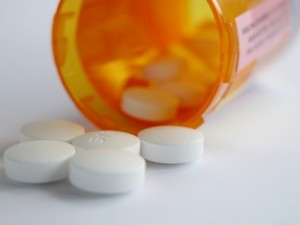 NEW YORK – Workplace insurers are accustomed to making billions of dollars in payments each year, with the biggest sums going to employees hurt in major accidents, such as those mangled by machines or crushed in building collapses.

Now they are dealing with another big and fast-growing cost – payouts to workers with routine injuries who have been treated with strong painkillers, including many who do not return to work for months, if ever.

Workplace insurers spend an estimated $1.4 billion annually on narcotic painkillers, or opioids. But they are also finding that the medications, if used too early in treatment, too frequently, or for too long, can drive up associated disability payouts and medical expenses by delaying an employee’s return to work.

Workers who received high doses of opioid painkillers to treat injuries such as back strain stayed off the job three times longer than those with similar injuries who took lower doses, a 2008 study of claims by the California Workers Compensation Institute found.

When medical care and disability payments are combined, the cost of a workplace injury is nine times higher when a strong narcotic such as OxyContin is used than when a narcotic is not used, according to a 2010 analysis by Accident Fund Holdings, an insurer operating in 18 states.

“What we see is an association between the greater use of opioids and delayed recovery from workplace injuries,’’ said Alex Swedlow, the head of research at the California Workers Compensation Institute.

The use of narcotics to treat occupational injuries is part of a broader problem involving what many experts say is the excessive use of drugs such as OxyContin, Percocet, and Duragesic. But workplace injuries are drawing particular interest because the drugs are widely prescribed to treat common problems such as back pain, even though there is little evidence that they provide long-term benefits.

Along with causing drowsiness and lethargy, high doses of opioids can lead to addiction and have other serious side effects, including fatal overdoses.

Between 2001 and 2008, narcotics prescriptions as a share of all drugs used to treat workplace injuries jumped 63 percent, according to insurance industry data. Costs have also soared.

In California, for example, workplace insurers spent $252 million on opioids in 2010, a figure that represented about 30 percent of all prescription costs; in 2002, opioids accounted for 15 percent of drug expenditures.

As a result, states are struggling to find ways to reverse the trend, and some of them have issued new pain treatment guidelines, or are expected to do so soon. These states include New York, Colorado, Texas, and Washington.

Doctors in four states – Louisiana, Massachusetts, New York, and Pennsylvania – appear to be the biggest prescribers of drugs for workers’ injuries, according to a review of data from 17 states by the Workers Compensation Research Institute, a group in Cambridge, Mass.

Painkiller-related costs are also hitting taxpayers, who underwrite coverage for public employees such as police officers and firefighters, experts say.

There is little question that strong pain medications can help some patients return to work and remain productive. But injured workers on high doses of the drugs can develop chronic pain and face years of treatments.

In a sense, insurers are experiencing the consequences of their own policies. During the last decade, they readily reimbursed doctors for prescribing painkillers while eliminating payments for treatments that did not rely on drugs, such as therapy.

Those policies may “have created a monster,’’ said Dr. Bernyce M. Peplowski, the medical director of the State Compensation Insurance Fund of California, a quasi-public agency.

Re-posted from The Boston Globe.