Mergers, acquisitions to be common in 2013 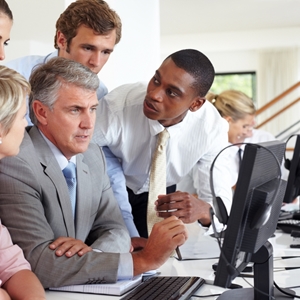 In what may be a sign that business owners believe the worst of the economic recession is over, a considerable number of companies think that they’ll likely merge or acquire another organization at some point over the course of 2013.

According to a recent poll conducted by audit tax and advisory firm KPMG, of the 300 company managers interviewed, nearly three in every four said that they anticipate some type of merger or acquisition in the next 12 months. The poll was conducted in January.

Dan Tiemann, who heads the restructuring and transactions division at KPMG, noted that the business environment is well-suited for this type of activity, despite a certain level of unpredictability.

“Although there is still plenty of uncertainty in the markets, we will likely see M&A activity pick up as the year progresses,” said Tiemann. “Financing conditions continue to be positive. Many companies are holding large amounts of cash and the U.S. debt markets remain open.”

He added that companies will likely not pursue a merger or acquisition without their firm knowledge that it’s what’s best for the company and that it aligns with their “business priorities and strategic road map.”

Companies that join forces or that consolidate will need to update their respective business owner insurance policies. Traditionally, this type of activity brings with it certain liabilities that need to be addressed so companies can operate at their peak.

When asked to assess how valuable these deals would be, approximately 80% of business owners indicated they would likely be in the $250 million range, KPMG reports.