Latest vicarious liability ruling ‘could be massive for small firms’ 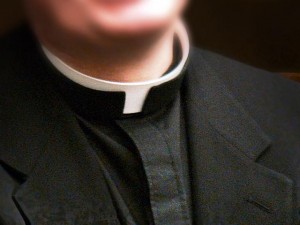 A warning shot has been fired across the boughs of small and medium enterprises after a court ruled that organisations could be vicariously liable for the actions of someone who is not employed by them but has ‘a relationship akin to employment’.

That’s the view of Michael Slade, Managing Director of employment law specialist Bibby Consulting & Support, following a Court of Appeal case where it was ruled that the Catholic Church could be vicariously liable for a priest’s actions.

Until this ruling, vicariously liable meant that the employer was held responsible for negligent acts or omissions by their employees; but this new ruling has changed things yet again.

Judges said that while the priest was not an employee, his relationship to the church was so close in character to employment that it was just and equitable to hold the ’employer’ liable.

Ostensibly brought about because previous claims for compensation for alleged abuse by priests had failed, the case has pushed the boundaries of vicarious liability so far that it could have great significance in many atypical employment situations, says Slade.

“This particular case is specifically about alleged abusers of vulnerable children and clearly something needed to be done given the sensitive nature of the subject. Unfortunately however, it has broadened the boundaries of vicarious liability and businesses need to take note,” he warns.

“Essentially, what the court said was that if you have a relationship with an independent contractor this could in future be deemed by a court or tribunal to be ‘akin to employment’, so you may be held responsible for whatever actions they carry out that are related to their work for you, although the Court of Appeal did say that each case would be determined on its own specific facts.

“There is also a huge question mark over volunteers or people who are not officially employed by a business. This is potentially a massive issue that could cause real problems for small and medium enterprises. Not only must employers review their contract terms, but they should also promote a culture so that employees, clients and users of services feel able to approach them about relatively minor issues before they escalate into something much more serious.”

Overlooking disability insurance can be costly