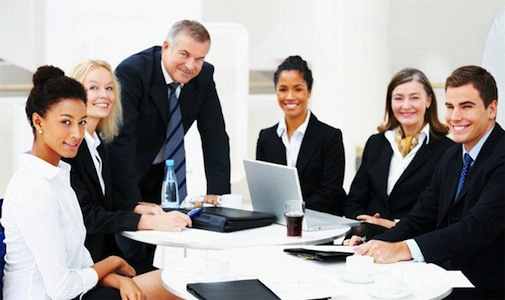 Management of a corporation, whether profit or non-profit, is entrusted to a board of directors. The directors are responsible for many aspects including determining a business strategy, establishing and reviewing major policies and procedures, evaluating management’s performance and compensation, reviewing and reporting financial condition to shareholders and government regulators, ensuring compliance with regulations,

What if someone alleges a loss or damage has occurred due to the actions of the board or a particular director or officer? Is just the organization at risk or can the director or officer also be held personally liable? Is each officer left to defend him/herself in the face of a suit?

Regardless of the industry or type of business (public or private, for profit or non-profit), directors and officers (paid or volunteer) are at risk of being sued due to their decisions and actions made within the scope of their duties. The sources of litigation varies as claims can be brought by stockholders, employees, clients, governmental entities, etc. and not only against the organization but also against the individual director or officer.

What kind of allegations can be brought against a director or officer? A significant portion of claims brought are due to either violations of securities or employment related laws or a good number arise under other statutes pertaining to:

The allegations can range from wrongful acts, financial mismanagement, mistakes or errors in judgement, negligence, etc.

Who can make an allegation or bring action against a director or officer?

A Directors & Officers Insurance Policy provides security to the entity as well as the individual directors and officers. Under the typical D&O policy there are three coverage sections/insuring clauses:

A D&O policy is usually written on a claims made basis – meaning the claim must be filed during the policy period for an incident occurring after the defined policy retroactive date. The policy protects current, past, and future directors and usually has a retention applicable to Side B and C.

Not all D&O policies are the same – the forms can vary in the definition of a claim, an insured person, wrongful act, and loss. Some may include coverage for when a director or officer holds a position on another board and some contain a ‘hammer clause’ which imposes implications if you refuse to consent to a settlement proposed by the carrier. Because of the variances, the details of the policy forms must be closely looked at and decisions not made solely on premium.

Due to personal assets potentially at risk, investors, members of the board of directors, and officers will require that a D&O policy be secured for their protection.

The Personal Umbrella excludes coverage for any loss arising out your act, error, or omission as a member of a corporation’s board of directors or as an officer of a corporation unless it is for a not-for-profit and done without remuneration. However, it is then limited to bodily injury, property damage and personal injury claims which are not usually claims emerging against D&O’s. Again, the D&O claims are usually financial in nature.

If you sit on a board, it is important to make sure the entity has a D&O policy in force and that you are pesonally covered through that policy. If you are, you also need to be concerned if the limit carried is sufficient to protect you, the entity, and other board member’s assets. As well, if a suit names retired members, the limit must then be sufficient to cover them.

The ultimate option for you, if you want to control the protection of your personal assets, is to personally purchase an individual D&O policy solely covering your exposure.

The following are real claims…..could you face something similar one day?

Retailer – advised a supplier to increase inventory because business would increase significantly. The retailer then elected to use a different supplier for the increased inventory. The supplier sued alleging that he relied on the retailer’s promise of more business and suffered damages. Settled $500,000.

Contractor – An employee convinced the board that he was qualified to step into the role of president of the small company. Under his leadership, their financial position significantly weakened. A shareholder sued the board alleging that they used poor judgement and didn’t act in the best interest of the company when appointing the president. Settled $1,500,000 plus $300,000 legal fees.

Manufacturer – Investors claimed that some company officers had personal connections to a third party contractor hired to re-tool the company’s assembly line and hired that contractor to further their personal interests. Other officers and directors were charged with breaching their duty to properly investigate the contractor’s qualifications. Settled $1,500,000 plus $150,000 legal fees.

Service – During a press conference, the president of the company stated that the success of his company was due in large to a competitor’s lack of customer service and inferior product. The competitor sued alleging the president negligently interfered with business relations. Settled $2,000,00 plus $150,000 legal fees.

Claims for non-profits can vary a bit in nature. Following are some real situations encountered:

Trade Association – Members sued for fiscal mismanagement after the president approved an investment in excess of the amount allowed by the by-laws without approval from the board of directors.

Social Club – members, who were suspended for inappropriate behavior, sued stating suspended without cause and sought injunctions and damages.

How We Can Help You…

Ten Tips For Firearm Safety In Your Home