Hurricanes could be stronger this year 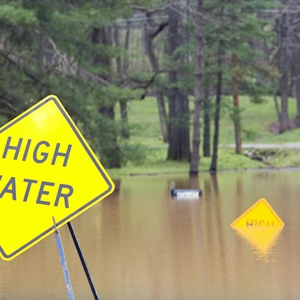 Less than two months away from the start of hurricane season, a Houston, Texas-based weather advisory company says that the storms that materialize in 2013 could be a great deal stronger than those that the U.S. faced last year.

Chris Hebert, senior meteorologist for the climate intelligence firm ImpactWeather, indicated that based on ocean temperature predictions and how hurricanes have formed in recent history, many of the hurricane weather patterns that form have the potential to bring strong wind gusts and heavy rain.

Mark Chambers, who serves as president of ImpactWeather, indicated that after what happened in 2012 – when many businesses were forced to close their doors because of costly devastation – entrepreneurs would be wise to protect themselves with coverages like businessowners insurance.

“Since weather is the number one cause of business disruption, this prediction carries much weight for companies focused on protecting their people and their assets,” said Chambers. “Considerations such as when – or even if – operations must be shut down, damage to facilities, supply chain interruptions, and safety protocols are all top-of-mind when severe weather is imminent.”

He added that preparedness and planning are the most crucial strategies businessowners should implement well in advance of an impending hurricane.

ImpactWeather also forecasted how many named storms would likely materialize this year. At between 16 and 20, that would fall in line with the 19 that were named last year. Overall, 10 of these named storms were officially classified as hurricanes. The company predicts that between seven and nine storms will be categorized as such in 2013.

Since 1980, the most-costliest weather disaster to affect the U.S. continues to be Hurricane Katrina, resulting in losses in excess of $133 billion for businesses and homeowners, according to the National Climatic Data Center.