Film producers get no ‘Dutt’ insurance 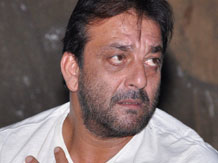 Errant actors will remain film producers’ liability, as insurance companies do not cover incidents like the recent jail sentence of actor Sanjay Dutt.

Interestingly, Indian film producers warmed up to the concept of insurance for losses caused due to an actor’s absence, after Dutt was arrested for the first time in 1993. This came just after he finished shooting for one of his most successful movies, Khalnayak. According to insurance industry players, Subhash Ghai, who made Khalnayak, became one of the first producers to insure his movies, starting with Taal.

In spite of film insurance becoming a norm now, the Rs 250 crore invested into movies that are to be filmed with Dutt will remain as losses on filmmakers’ books, with no compensation in the form of insurance.

“Other reasons for an actor’s inability to attend a film shoot are not offered any cover,” says Sampathkumar.

Dutt was sentenced to five years in prison after he was found guilty of possession of illegal arms during the serial blasts in Mumbai in 1993. The order was pronounced by the Supreme Court yesterday.

Earlier, the pregnancy of actor Aishwarya Rai had stalled many movies. “Many producers came to us to claim for loss. However, we had to refuse them because these situations are not covered,” said an official with a public sector insurance company.

According to current insurance norms, insurance companies compensate the production house for delays and losses due to adverse weather conditions, natural disasters, damage to property/sets and injury to actor during film shoots. Sudden illness of main cast of the film due to food poisoning and similar conditions, is also offered relief under this policy.

According to a senior official with a public life insurer that offers these products, the type of cover depends on the budget of the film.

If the total budget is Rs 100 crore, one to two per cent of this constitutes the premium, says the official.

How to make the most of your home insurance claim