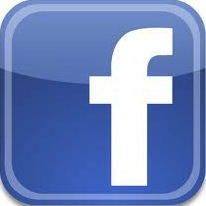 Facebook, and the ACLU, have both had enough of employers asking for the login credentials of current and prospective employees.

Facebook, the world’s most popular social networking site, has recently revised its “Statement of Rights and Responsibility” to make sharing or soliciting a Facebook password against the rules for utilizing the site. Facebook has also indicated that it may begin to sue companies that attempt to access their employee’s accounts in this manner, citing a legal liability to uphold this behavior. Doing otherwise could violate privacy laws.

That’s where the ACLU comes in. Years ago, the ACLU had fought to turn some companies and organizations away from demanding passwords from employees, and instead favored asking the employee or interviewee to log in from a company computer to verify personal information, ensure lack of negative comments related to the company, prove no gang affiliations, or some other ridiculous information demanded by the squawking of HR managers.

Even that compromise seems to be going too far now for most people to swallow, including the ACLU. Catherine Crump, an attorney for the ACLU even went so far as to state on the organization’s blog, “It’s an invasion of privacy for private employers to insist on looking at people’s private Facebook pages as a condition of employment or consideration in an application process.”

As far as comments coming from Facebook itself regarding this matter, Erin Egan, Facebook’s Chief Privacy Officer, stated, “Facebook takes your privacy seriously. We’ll take action to protect the privacy and security of our users, whether by engaging policymakers or, where appropriate, by initiating legal action, including by shutting down applications that abuse their privileges.”

The last part of that statement is the most interesting as it covers not only employer abuses of social media information, but also third-party Facebook applications that attempt to illegally or unethically utilize private information collected while given selective rights by the end-user.

Re-posted from The Examiner.