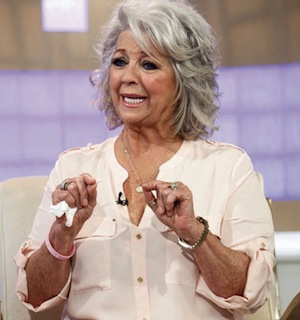 Anyone who has clicked on a news website or turned on a TV in the past months has heard about the controversy surrounding Paula Deen’s conduct. The celebrity chef’s use of racial slurs and the allegations brought against her and her brother by a former employee for race discrimination and creating a hostile work environment have claimed many headlines.

Deen co-owns a restaurant with her brother, whom the plaintiff, Lisa Jackson, says violated her rights via “unremitting violent, sexist, and racist behavior.” Jackson says management knew about the behavior, yet did nothing to stop it. Much has been said about how this incident will affect Deen’s career. At press time, both Wal-Mart and the Food Network had dropped her. But how are discriminatory acts treated under insurance policies?

The Insurance Services Office (ISO) Employment-Related Practices liability coverage form excludes coverage for wrongful acts that violate laws applicable to employers, such as Title VII of the Civil Rights Act of 1964, which prohibits discrimination by covered employers on the basis of race, color, religion, sex, or national origin. “Wrongful acts” are defined as, among other actions, “verbal, physical, mental or emotional abuse arising from discrimination.” It is pretty clear that a typical EPL policy would not allow for coverage of acts such as those alleged by Jackson in the Deen case.

Most employment-related claims are not commonly covered by general liability policies. Even if a general liability policy does not contain an employment-related practices exclusion, coverage could still be barred by the intentional acts exclusion. For instance, the ISO commercial general liability (CGL) coverage form excludes bodily injury or property damage that is expected or intended from the standpoint of the insured. The form also contains an exclusion for personal injury for knowingly violating the rights of another. Both of these exclusions require intent or knowledge that the act will cause harm.

Disparate treatment involves singling out a group and treating them less favorably than others who are similarly situated while disparate impact deals with the consequences of a practice that does not appear to be discriminatory on its face, but the application of the practice has an adverse impact on members of a minority group.

Of course, discriminatory acts are not limited to the employer-employee relationship and can occur in many other contexts. Consider the Wisconsin case of Gatlin v. Delux Entertainment, LLC, 2010 WL 1904984. Five African-American men alleged they were refused entry into the insured’s nightclub because of their race on several occasions. The men filed a lawsuit based on alleged racial discrimination in a place of public accommodation and discrimination in contractual relations, stating that the club implemented a policy of denying African-American customers the full and equal enjoyment of goods, services, facilities, privileges, advantages, and accommodations on the same basis as non-African-American customers.

Society Insurance Company provided coverage for the insured under a business owners’ policy. The insurer argued that the complaint did not trigger a duty to defend because the claims did not arise out of an occurrence because the doormen’s actions in refusing the men entry to the nightclub were not accidental. The insured countered that while refusing entry was a conscious decision rather than accidental, this did not mean that the insured intended to discriminate against the men.

The district court said that the insured assumed that a volitional act can constitute an accident (and thus, an occurrence) simply because the person committing the act did not intend to violate the law or inflict harm on the victim. Wisconsin courts have held that a volitional act is not an occurrence even if the actor did not intend to cause harm. Accordingly, because the complaint did not allege that the plaintiffs’ injuries were caused by an accident, the complaint did not allege harm caused by an occurrence.

Jurisdictions generally agree that intended consequences of an intentional act are not occurrences, but some courts also hold that unintended results of intentional acts are covered occurrences. Other jurisdictions, like the court in Gatlin, oppose that view and say that it does not matter what the results were because the initial act was intended. Whether coverage applies could come down to the luck of geography.

Do Your Vehicles have the Correct Registration and Insurance?