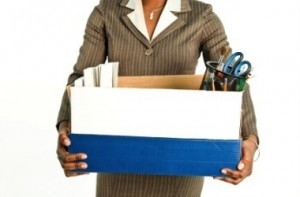 In a tax decision that could have wide business implications, a U.S. appeals court ruled on Friday that employment taxes should not have been imposed on severance pay in an involuntary layoff.

The 6th Circuit Court of Appeals said Quality Stores Inc., a retailer, and employees who participated in the suit, could claim a refund for employment tax imposed on the severance pay.

The taxes at issue were Federal Insurance Contributions Act, or FICA, taxes that help pay for the U.S. Social Security retirement pension program and the Medicare health program. FICA taxes are paid by a company and its employees.

The decision could trigger a flood of claims for severance-pay employment-tax refunds by companies that had involuntary layoffs, said Emin Toro, partner at the law firm Covington & Burling LLP.

“I am aware of dozens of Fortune 500 companies that could claim tax refunds as a result of the 6th Circuit’s decision,” he said.

The issue – one that has been is dispute for years – could end up before the Supreme Court because there is a split between appeals courts over it, Toro said.

In 2008, a separate court ruled against railroad company CSX Corp., saying it was liable for FICA taxes on severance packages.

The 6th Circuit judges admitted their ruling created a conflict. “We acknowledge that this issue of statutory construction is complex and that the correct resolution is far from obvious,” said Judge Jane Stranch in the court’s opinion.

“While the Supreme Court may ultimately provide us with the correct resolution … only Congress can clarify the statutes concerning the imposition of FICA tax,” the court said.