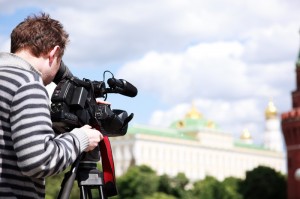 In the pantheon of Hollywood glitz and glamour, insurance underwriters sound akin to the CPAs who tabulate Oscar votes.

But the big-bucks business of insuring movies and TV shows during production has plenty of thrills and chills: wayward stars; scary stunts; fires, floods and hurricanes on location.

Fireman’s Fund Insurance Co. of Novato, Calif., is the leading insurer for entertainment, writing about 80 percent of the $300 million in U.S. policies for movies, TV shows and live events like concerts, music festivals and even this year’s Super Bowl halftime show and Grammy awards.

“We try to honor the artistic intent,” said Lauren Bailey, vice president of the entertainment division at Fireman’s, which is owned by Allianz SE of Germany. “If there are activities that are riskier than we are comfortable with, we work with (producers and directors) to make modifications for safety.”

If something goes wrong, such as a high-wattage star getting injured or a set going up in flames, costs can mount quickly. Big-budget movies can spend $250,000 a day on shooting. Most policies have a “deductible” of one day’s lost shooting. While directors adjust shooting schedules when there is a mishap, sometimes the insurer has to pony up for lost time.

Stunt-heavy films
Movie insurance premiums range from 1 percent to 4 percent of overall production costs, which can hit $200 million for action-packed blockbusters. Among current action films insured by Fireman’s: “The Dark Knight Rises,” “The Avengers,” “The Amazing Spider-Man” and “Men in Black 3.”

As a “risk control consultant” for Fireman’s, Paul Holehouse visits movie locales before and sometimes during production to review safety, looking at stunt work, explosions, chase scenes, weapons and more. He reads scripts, analyzes historical buildings and other sets, looks at weather patterns (especially for hurricanes), and coordinates with studios’ in-house safety departments.

For instance, in “Salt,” which “won” Fireman’s 2010 annual award as riskiest movie, Angelina Jolie plays an action heroine who engages in hand-to-hand combat and jumps from freeway overpasses onto moving trucks.

“There were a lot of (scenes) where she wanted to be in the action,” Holehouse said. “We had to look at it fairly closely. There was (stunt) doubling in some cases; in other cases, we secured her properly so she could take that scene. It’s tough when it’s a high-end actress who runs the whole show. If she goes down, the whole production goes down.”

For “The Hunger Games,” he made three trips to the North Carolina shooting location. “A lot of the action literally took place in the trees, so the rigging was something we needed to look at,” he said. “They filmed in a remote area where there were bear sightings; we were concerned about slips near the waterfalls. The weapons were another issue: We looked at how the prop makers and stunt coordinators were manipulating the arrows.”

Insuring Lohan
Stars known for going off the rails are obviously more expensive to insure. One example: Lindsay Lohan, whose erratic behavior has been well-chronicled.

“We were brokers for insuring her current release, ‘Liz and Dick’ for Lifetime,” said Brian Kingman, managing director of Gallagher Entertainment, the largest broker of film insurance. “She completed her role and fulfilled her obligations to the producers. Even though she was involved in a (car) accident, and she wasn’t supposed to be driving her own car, it didn’t have any meaningful impact on production. She will be easier to insure now that she has a movie under her belt where she did what she said and said what she did.”