Blades of Grass: My experience of making a DSLR Film in 48 Hours 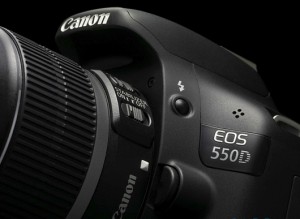 [Reader Ankur Kapoor is an engineer turned independent film maker from Chandigarh. He is 25 and has been making animations, documentaries and short films for the past 4 years. In this article, he narrates his first shooting experience with a DSLR camera.]

The 48 Hour Project:
It was a Friday afternoon in November. I had registered for the Mumbai 48 Hour Film Project, 2010 a few months in advance. According to the project rules, we had to make a 4-7 minute short film using 3 given parameters, which included a prop, a character and a line of dialogue. Then each team had to pick a genre and finish the film and submit it in the given 48 hours.

Shooting and Editing:
The next morning, our team had a script ready to work with. Now that I knew what I had to shoot, I knew a simple camcorder would not do justice to the whole project. I had earlier never made a film on a DSLR, but had seen quite a few videos online and knew what was required for this one, considering the look I wanted. So, I then rang up a friend who owned a DSLR, a Canon 550D and called him aboard to help us.

Firstly, we needed to decide what resolution we wanted to shoot at. It was clear to us that the medium our film will be primarily showcased on would be either on DVDs at film festivals or the internet. So, we decided to shoot it at 720p @ 60 fps. Interestingly, 60 fps opens up a really good option of slowing down the footage substantially and considering the kind of narrative and music we had, it was the best decision and we came to realize that while editing. The footage could almost be slowed down to a fifth of its original speed and makes for really interesting viewing once edited. Another thing I come to notice about 60fps is the smoothness of the video. Since our eyes and brain can process images faster than 24 fps, the 60 fps footage looks very lifelike, seems to have less artificial effects and looks more continuous as compared to the standard 24,25 and 30 fps. Probably that’s the reason Peter Jackson is shooting ‘The Hobbit’ at 50 fps!

Most of our film was shot with a Canon 50 mm lens and the wide aperture helped a great deal in getting the indoor shots to look good even without any artificial lights. For most part, we were able to shoot at ISO speeds 100/200 which was great for clarity. We had to take some shots in diminished light towards the evening due to time constraints and we ended up moving the ISO speeds to as high as 800, still the footage held up pretty well and had acceptable noise levels for a web and DVD audience! However, I think if someone is aiming at a theatrical or a Blu-Ray release, ISO speeds above 200 might just be suicidal.

The shallow depth at wide apertures is superb and it makes the footage look more film-like. We pretty much shot the whole film with aperture fully open and hence the jumpy focus/defocus at times, which we found acceptable, though controlling the focus manually is not the best aspect of DSLR film-making. At times, it becomes an issue due to the lack of a continuous auto-focus in most DSLR cameras. We did manage to pull off most of the shots with manually shifting the focus, though it was not perfect, but looked just about fine. But there will always be some shots which cannot be shot in that way, specially if you are shooting with the camera without any accessories and you will feel a need for a continuous auto-focus. For such shots, probably 2-3 of them are there in this film as well, I suggest always keeping a secondary camera handy, which might be a FULL HD camcorder. I had a Canon Vixia HF10 which shoots AVCHD 1080p and with a little bit of post work, you can blend the footage easily and nobody gets to know.

The LCD on the 550D is a bit of a problem if you are used to the rotating displays of camcorders and there were issues in shooting some low and high angles. (Well, I now own a Canon 60D which has an articulating screen and is brilliant to shoot with and gives pretty much the same quality as a 7D/5D which is superb.)

Another little issue we faced due to continuous shooting towards the end of the day was over-heating on the camera and it did show overheat warnings and we had to stop shooting and cool it down for a few minutes before we could start again. In a less demanding shooting schedule, I think such problems would be rare and I have not faced anything like this on any shoot since.

About the sound, since we did not have any dedicated sound equipment or the time to dub, we used the in-camera sound and were pretty satisfied with the decent output we got in the time we had.

Another aspect of shooting with a DSLR I love as compared to some pro-cameras is that it is compact and helps in getting a lot of unplanned candid shots you might just miss out if you have a bigger, meaner looking camera! The fact that you look like you’re just clicking a photograph also makes it my favorite documentary camera as it conceals what you’re actually doing to the average person you meet on the road.

Back to topic, it was time to edit. DSLR footage is very smooth to edit. I earlier used to have a AVCHD camcorder and its footage was a real pain to edit as the codec is not very optimized even if you have a powerful machine. In comparison, the DSLR footage is smooth, has great color depth (though not as good as RAW), and is perfect to obtain any look or tone if you know how to color correct. I did a few color isolation shots to get the feel right and the footage held up pretty good. We finished the edit by noon on Sunday and finally were able to finish and submit on time, all thanks to the smooth DSLR workflow.

Recent developments in the world of DSLR film making which has seen feature length films like Qaushiq Mukherjee’s ‘Gandu’ and Amole Gupte’s ‘Stanley ka Dabba’ being produced are really inspiring and I am now looking forward to work on a longer script with a DSLR. All thanks to the technology, the independent film maker now has the power to tell stories the way they see them!