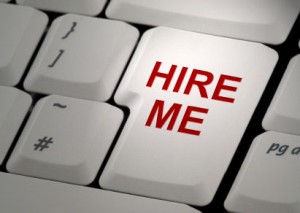 Given the ongoing uncertainty in the economic outlook, many U.S. employers are still reluctant to hire new employees. Increasingly, companies are meeting their staffing needs with temporary help. The wait-and-see approach to hiring can provide flexibility for both employer and employee, but Patricia Nemeth, partner in Detroit-based employment firm Nemeth Burwell, says tapping into the temp pool invites its own set of legal risks for companies.

According to data from the U.S. Bureau of Labor Statistics, there were more than 2.5 million temp workers on nonfarm payrolls last month. The temporary staffing industry added more than 14,000 jobs from June to July and grew almost 13 percent in the last year.

Companies ramping up their operations post-recession may hire a wave of temps without considering the legal implications involved, according to Nemeth. She says that it’s important that employers clearly differentiate between what’s their responsibility and what’s the responsibility of the staffing company.

“A lot of times,” she says, “the hiring company assumes that when they use temporary employees, they’re off the hook.” But hiring companies may still be liable for employment lawsuits—usually wage-and-hour, discrimination, or harassment claims.

When hiring temp workers, Nemeth says companies often unknowingly enter into a “joint employer relationship.” And even if the hiring company doesn’t think it is the worker’s employer, an adjudicative body might find otherwise. It’s a determination that is made on a case-by-case basis, she says, weighing factors that include who’s hiring and firing the worker, who’s disciplining them, and who’s compensating and paying taxes on their pay.

Nemeth represents both staffing companies and traditional employers in her practice. Many potential problems can be avoided by drafting a clear and concise contract between the employer and the staffing company. She recommends that the hiring company define the parameters with the staffing agency before the first worker is placed. “As an employment lawyer, you like to see some sort of agreement about who is responsible for what,” she says.

It’s important to keep lines of communication with the staffing agency open on an ongoing basis, Nemeth adds. That’s particularly true throughout the placement and potential reassignment of any temporary worker.

Temps look and act like traditional employees—and in most cases they’re held to the same professional standards within the company—but they are not exactly the same as full-time staff. “They may wear the same uniforms and nametags as a company’s employees,” says Nemeth, and they may use the same computer swipe cards to enter the premises. But unlike traditional workers, temporary employees don’t typically sign off on an employer’s policy handbook. Nemeth says it’s important to make clear on a temp’s first day what rules and procedures will apply throughout their tenure.

She doesn’t recommend giving temporary employees a “full-blown handbook,” but Nemeth says companies should provide temps with a shorter version of the applicable rules and procedures. For example, she advises hiring companies to make sure temps know exactly whom to contact if they allege they’ve been sexually harassed.

Because over time they tend to be less loyal to an employer than a traditional employee would be, Nemeth says temps can end up being more litigious. “I’ve seen a lot of temporary employees who—if they don’t feel like they’re going to get a permanent position—they want some sort of security.”

As the U.S. economy continues to show signs of improvement and companies increasingly offer permanent positions to temps, Nemeth recommends making hiring decisions as quickly as possible. “If you can, make a decision in the first two to three months,” she says. “Try not to string them along.”