3 Common Mistakes Your Workers Comp Claims Adjusters May Be Making 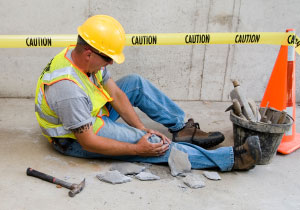 Adjusters are faced with many duties to perform every day. Some of these tasks are simple and take minutes, while some tasks can take up the majority of a day.

Below a few easily overlooked items are discussed that can potentially lead to adjuster or carrier errors while handling workers comp claims.

1. The adjuster does not wait to get all of the medical records before deeming a claim compensable
Sometimes a claim can seem like a no-brainer. Case in point, a worker falls down at work and gets injured. This may be an isolated, witnessed event that results in a worker getting injured in the course and scope of employment.

But the medical records can show things to be contrary to what the initial investigation found. The worker did indeed report a fall with injuries right away, a coworker saw the employee fall, and the medical supports objective evidence of an injury. However, what did this worker tell the doctor?There are cases where an employee is injured as a result of horseplay, and some states that can make the claim not compensable.

There was a case once where a worker did exactly this scenario. He worked the night shift and stated that his leg hit a cart and caused an ankle contusion. He had a coworker state the same, and all of the paperwork submitted with the claim supported those details. What he did not say was that he told the Emergency Room doctor he was trying to flip himself into a rolling cart, and his leg hit the side of the cart causing the injury. In this particular jurisdiction, that was deemed as horseplay. After all, attempting to jump into a moving cart was not exactly in his job description!

2. Accepting a case as compensable too soon
As a result of the above #1 item, the adjuster may accept the claim as compensable too soon. Most hospitals and clinics have a delay when the transcribed medical records are requested. If all that is taken into account is what is stated by the employer and employee, the adjuster is missing one important piece of the puzzle, the detailed transcribed medical records. Just receiving a medical note or slip with the diagnosis and work restrictions usually is not enough for most adjusters. Part of a detailed investigation involves completion of 3-point contacts: The employee statement, the employer statement, and the complete medical record.

This is equally the case when dealing with a claimant that is impatient. Adjusters have several cases in the initial stages, and completion of an investigation can take some time. Just because a claimant is calling 10 times per day does not mean the adjuster should compromise the integrity of the investigation. If filing an extension is necessary for the investigation because the medical records are not in yet, then so be it. This is part of the job.

Claimants need to know up front that it can take some time. If the claimant is not satisfied with the time it is taking to get their medical records, then the injured worker can get involved by assisting the adjuster in asking the hospital to rush the records. After all the compensability of a workers comp claim is hanging in the balance. Frequently the hospital will comply, or at least move that case to the top of the heap so the parties can make a decision on the claim.

3. Adjusters pay medical bills without the notes attached
Sticking with the theme of medical records, a lot of clinics will just send their bills to the adjuster without the medical bills attached. Significant over-payments can occur if bills are paid without knowing the services provided.

In jurisdictions where a claimant can treat with the claimant’s own doctor, be especially careful. This person could be going to the doctor for anything, and just because the bill lands in your inbox does not mean that it is automatically related to whatever work injury the worker may have experienced. Payment of these bills is considered “leakage” since monies are being paid on a claim when they should not be. If there are claims that have been around for many years, and are paid bills without the notes attached, then who knows how many bills have potentially been paid in error. The total could be in the thousands of dollars, and trying to recoup those monies from the provider can lead to a nightmare of phone calls. It is so easy to avoid this by making sure to know what is being paid for and how it is related to the work incident.

Summary
So there you have it, three scenarios where adjusters can make payments in error. This is not going to happen all of the time on every claim, but those claims are out there. More importantly those adjusters are out there making these simple errors every day.

If you think that errors are being made on claims, then pick up the phone and ask for the claim payment log. You should also ask for the claim to be audited by a manager or supervisor just to alleviate issues. Recouping monies paid in error is far more labor intensive than just doing what was supposed to be done in the first place which is handing claims correctly, and making payments correctly.